I would like to start the first article with our most recent trip and then jump into the past with other articles.

For those who have been to this little magical place on the Emerald Ireland there is not much to read but you might like the photos.

Since we heard a lot of good about this place we decided to go ourselves, because it’s the Atlantic ocean and it likes to rain we packed sets of spare clothing, food and water as once it didn’t go so well for us and I had to drive around 300km completely soaked.

We recently moved closer to the middle of Ireland so now it was only a distance of 177km. I packed the bags and my girls into the car, put on some 80’s tunes and off we went.

Cheeba Luna and me, yes they like looking into the camera

It took us a long time to get there longer then I would expect as it was almost 3hr drive but that’s because lately I am forced to obey speed limits, including few stops and rain which brought down visibility to 15%. None the less it was a pleasant drive full of laughing and singing.

At last we have arrived at the destination and for a second I felt some disappointment as I thought it will be a lot bigger but that feeling was soon gone. It looked like nothing special and yet it was. 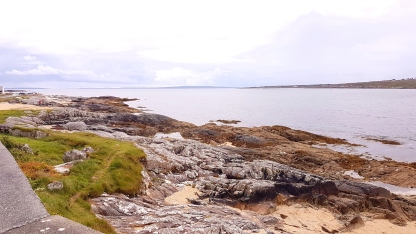 So what is so nice about you wonder mainly the sand on the beach , which is not sand at all. It will fool you from the distance until you step on it, honestly I did not notice any sand at all when I was there. If not sand then what? All that you see is pieces of coral reef and tiny shells.

Fun fact, because the layer of shells and coral reef is so high and has plenty of space in between, the waves that crash on the beach don’t flow back to the ocean as on a sandy beach but rather disappear into the ground. Another interesting thing is that there are plenty of jelly fish and I mean plenty from tiny ones like a penny and bigger ones like a dinner plate with various colours as well. I have noticed 4 colour types: clear(see through), red, black and blue. I don’t know much about them but if you would like me to write about stuff like this in somewhat scientific detail just say it and I will. In the mean time have a look yourself. 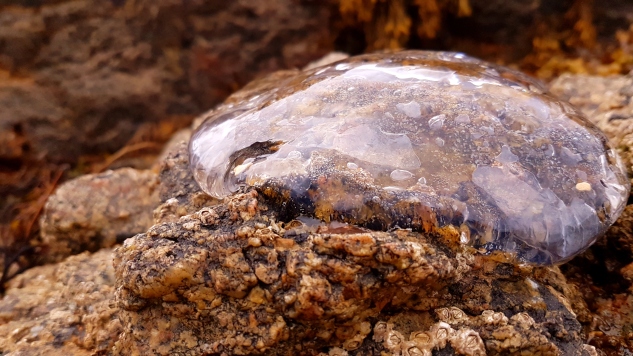 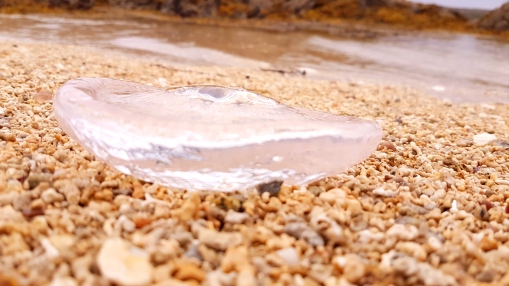 Right now I don’t have much more to write as we didn’t stay there very long we played around with the doggies and while Paulina was taking plenty of pictures I decided to take some of the beach home. 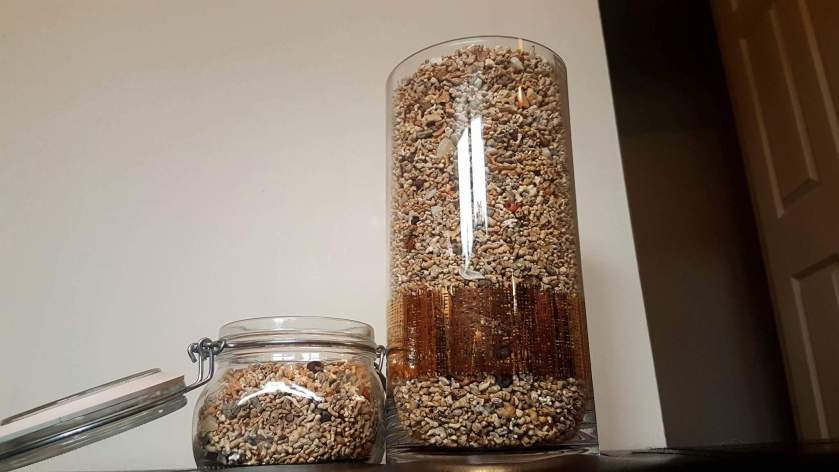 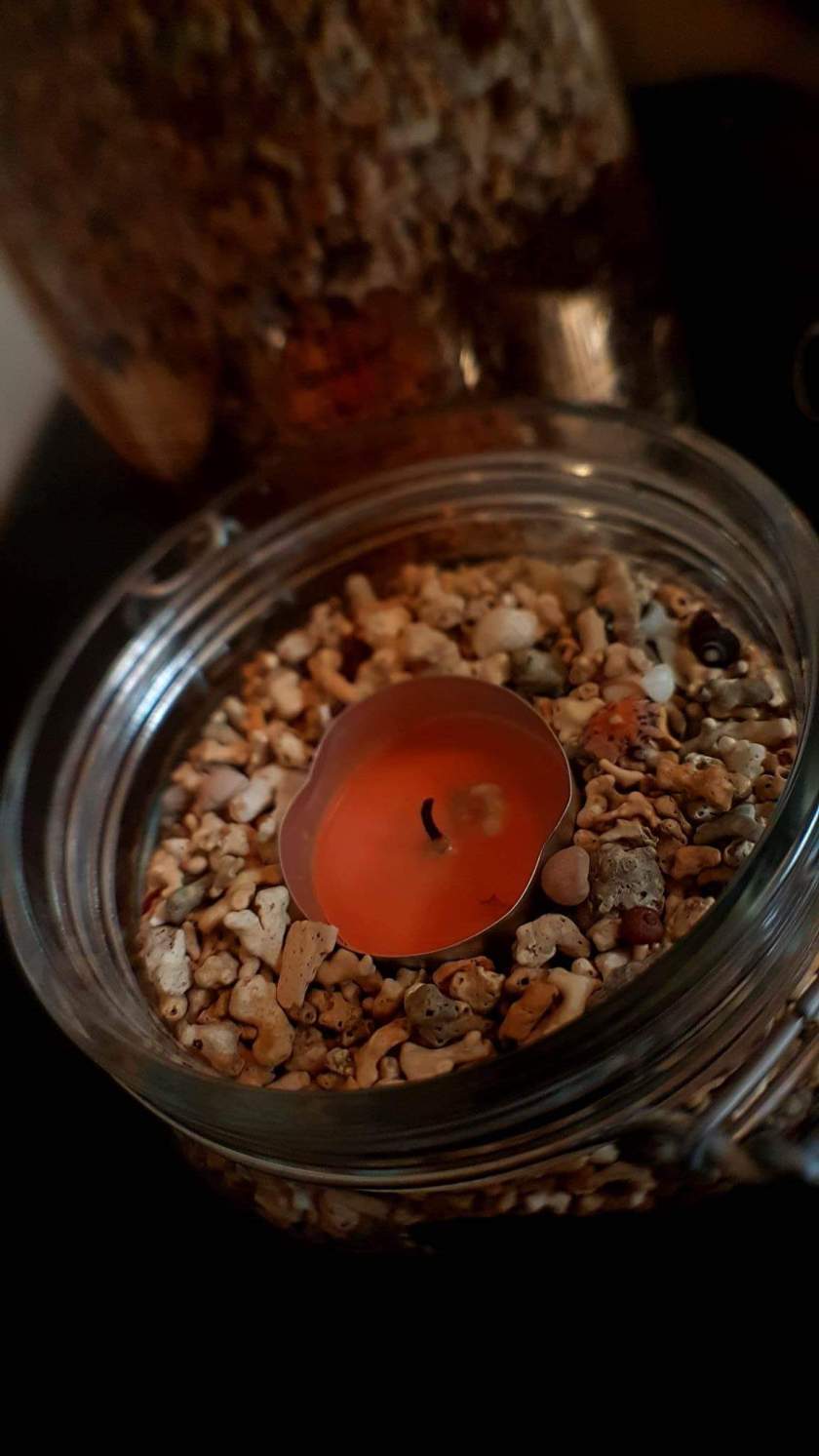 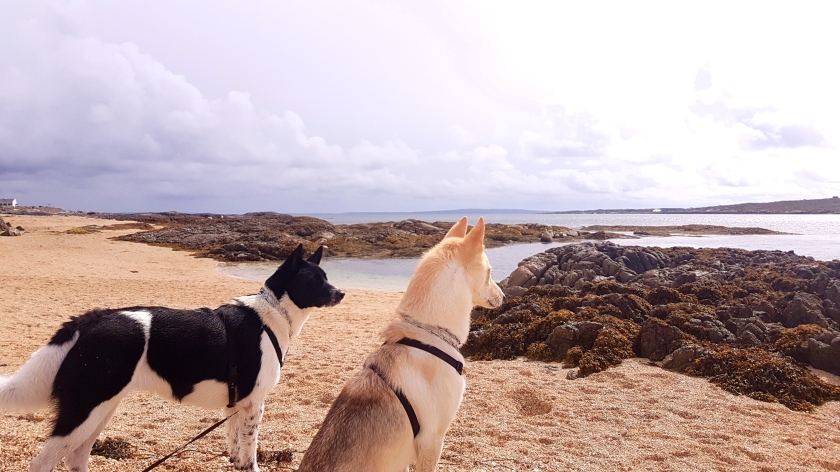 In the next two post you will get to know the dogs individually form puppy to present time.

Starting my first blog Penumbra. Read the introduction in the beginning to find out whats it all about and who am I. View all posts by Bartek D